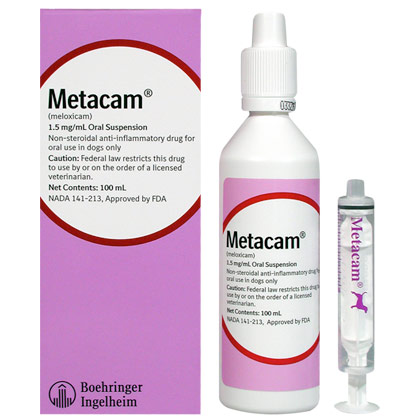 5.0
31 Reviews
5
97% (30)
4
3% (1)
3
0% (0)
2
0% (0)
1
0% (0)
100% Recommend this product (31 of 31 responses)
By Katt
Ivoryton, CT
Great Price!!
July 26, 2020
My 10 yr old Silkie Terrier Jack has arfritis in his back legs. Buying his meds directly from the vet were a hard hit monthly. I'm so glad I found Entirely Pets because my boy is so much better on this medication.
ProsShipped very fast,no issue purchase &#9786; very happy with the price too. Big savings compared to our vets cost.
By Mark S.
Dade City, FL
Problems getting around? This is the answer!
March 28, 2020
I have had this prescribed by 2 different vets for 2 different cats. One was 21 years old when I started him on it, and his hips were just giving out. He would just yell out loudly as his back end went down to one side or the other. After taking this, he would walk around without having to cry out. I was amazed. The 2nd cat was a rescue who has FIV. After I got him well and worked with him so that he wouldn't bite me when I tried to pet him, I was able to get him to the vet on another problem he had. He really had a bad problem with his back end, but it wasn't like my 22yo cat. When the vet took an xray of his back, he saw that he has a very big bone spur that is almost poking through his muscle and skin. Because he has FIV, the doctor said he may have severe issues if he had an operation to fix it. He put him on Metacam, and wow what a difference! I don't know the actual age of this cat, the vet oeabout 5yo. Ever since taking this Metacam; he comes out to visit me quite often, bats at different toys that are on the floor (he doesn't go running after them, though) and does general inspections of the house as he just walks around. When I take him off of it for the week, you can tell the difference. So Metacam has helped both an old cat who had hip problems, and a young cat who has a bone spur that could ding a hole in a bank vault door.
ConsI have to use the syringe that came with it to take out a little, then take a much smaller syringe that will insert into it to get the dosage down to a small amount at an actual level. It's meant for dogs (usually big ones that have a hip problem), so getting a small dosage can be a challenge.
By Mike
Hales Corners, WI
metacam for joint pain
March 8, 2020
This seems to work the best of any medications we've tried to relieve our dogs' arthritis pain. Shipping was fast and came intact.
By Susan
Anaheim, CA
A great med
February 28, 2020
The med was delivered promptly. I was impressed with the knowledge and professionalism of the staff.
By Beverly M.
Michigan
Metacam
January 25, 2020
Was my first time ordering from you and everyone was so very helpful. Got the meds very quickly after my vet approved it. Thank you for all the help. Beverly Mooney
By Mary K.
Reno, NV 89509
Metacam
January 19, 2020
Works great for our small old dog
By bob h.
milwaukee
really works
February 7, 2019
there was a noticeable improvement in my dog's behavior after taking this pain reliever.
Proseasy to dispense
By Emily M.
East China ,MI
Excellent service
February 7, 2019
We are very pleased with our order, It was handled efficiently and very quick. We will get our future pet meds from here .
By Kathy
Dana Point California
Metacam for Large Breed dog
January 5, 2019
8 year old Lab with hip/joint problems. Using Metacam after his Stem Cell therapy. He is now able to walk easier & seems to have pain relief. I’m pleased with Entirely Pets service & delivery. Fair value pricing too.
By Christopher R.
Dallas, Texas
Just as good as buying from my vet but less expensive.
December 5, 2018
You did a great job contacting my vet to confirm the prescription and keeping me informed. I have used your service for over a year now and am TOTALLY satisfied. I turn on my fellow pet owners to your company every time I get the chance.
By Carol
tampa, Fl
Metacam works great for my dogs arthritis.
October 11, 2018
Metacam comes in a liquid so it easy to give to our dog. Just squirt it on their food. I also want to say that EntirelyPets Pharmacy is one the best on line pharmacies. The customer service is really great!
By Bee
NYC
good service
September 14, 2018
My dog has been using Metacam on and off for a long time, so I know the product is good. What I'm actually reviewing is the Entirely Pets service, which was great. They kept me informed of the status of my order and followed my instructions about getting the Rx from my vet. They also sent a product that won't expire before we use it. I've had other online pharmacies send me items that only had 6 mos. or less before expiration, wasting my money. The price was also terrific. So, I'll be getting refills from EP when needed!
Merchant Response:Hello Bee, I%u2019m glad to hear that your dog has found success with Metacam. Also, you are making us blush about our service. We try our best and are glad to have you as a customer.
By Stevos
Tucson, Arizona
Good Arthritis Pain Relief For My Dog.
September 5, 2018
My 12 lb/12 year old poodle has been on this daily for about four years. She has a horrible skeletal makeup and was limping horribly before getting on Metacam as prescribed by a vet. It worked within a couple of days and she's walked more normally ever since. I know the improvement is from Metacam because if I forget to give it for a day or two, she'll start to limp again. Every dog is different but from my experience, Metacam has been an amazing success for us.